Angular is a client-side open-source JavaScript-based front-end framework, which is used to build custom applications in HTML, CSS, and Typescript. AngularJS was launched in 2009 by Misko Hevery and Adam Abrons as a project at Google.  It is a front-end JavaScript framework, which was developed to build web-based dynamic applications easier, due to its MVC (Model-View-Controller) feature. AngularJS is currently supported as a framework, although no longer being developed or updated.

Don’t confuse it with Angular (without JS) which is the term for Angular 2 and above (i.e. versions 2, 4, 5, 6, 7, 8, and now the latest version is 13) which was released in 2016. Angular 2, as it used to be known, demonstrated considerable differences from AngularJS, the main difference of which was its change in the template language.

One of the key features of Angular is that it uses TypeScript as a programming language. Alternatively, it is possible to create Angular applications using languages such as Dart or JavaScript. However, TypeScript is still the primary language.

With all the advantages of Angular, it is not a universal solution for absolutely every task, and that’s okay. Every technology is well suited to solve specific issues, and for some other tasks, other approaches will be more reasonable. It’s easy to use Angular to create a project, but it’s harder to understand if this solution is really good or if it’s worth using.

Let’s take a look at the list of cutting-edge companies that use Angular in their modern web application development pipeline:

How to create your Angular application using the Flatlogic Platform

Creating the CRUD application with Flatlogic

Firstly, you should set the name of your application and choose the stack: Frontend, Backend, and Database.

Next, you’re choosing the design of your web application.

In this step you will need to know which application you want to build, that is, CRM or E-commerce, also in this part you build a database schema i.e. tables and relationships between them.

Finally, you can make deployment of your application and in a few minutes, you will get a fully functional CMS for your Angular Application.

Creating a one-page application with Flatlogic

You can create a frontend-only app with the Flatlogic Platform. This assumes you host the backend somewhere else or do not need it at all. To generate a one-page application you don’t need to enter anything in the terminal of your IDE, you just need to go to the page of creating an application on the Flatlogic website and make only 2 steps:

In this step, you set the name of your application and choose the stack: Frontend as Angular, Backend as No-Backend.

The final step is to deploy your app and in a few minutes, you will get a one-page Angular application, which you can further modify as you like. 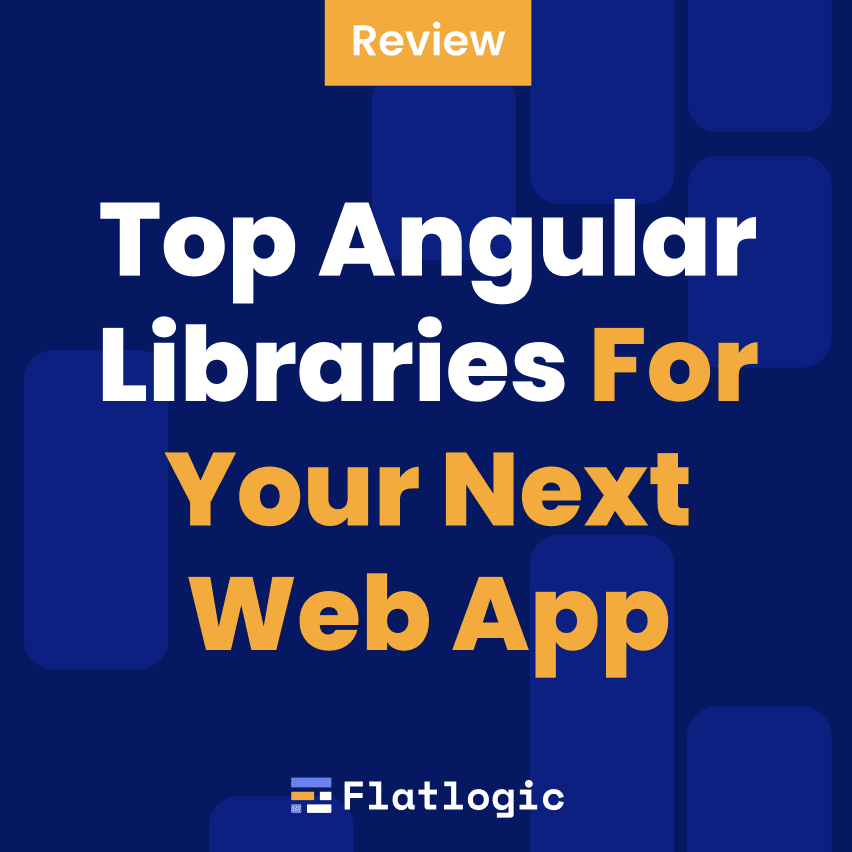 Top 10+ Angular Libraries for Your Next Web App

Choosing the right Angular libraries for your next web app can be an intimi...

Top Tools every Software Developer should know in 2023

We’ll go through a list of top software development tools in 2023 that ca...

New feature! Comments in our blog! Introduced just 4 months ago, so feel free to leave your comments!
Show Comments (1)