Why Do You Need an Alternative to Visual Studio?

Visual Studio is one of the most commonly used integrated development environments in the known universe. A full set of tools for all the stages of developing apps: Android, iOS, Windows, Mac, Cloud – you name it – Visual Studio can do it. But being the most famous doesn’t necessarily mean, that it fits your needs.  That is why sometimes you need some Visual Studio alternatives.

Despite being a multi-billion dollar company and striving for perfection, Microsoft is not even close to creating a perfect product. Each of their products, including Visual Studio, is full of little and big imperfections, bugs, and pet peeves one can find. The Visual Studio’s biggest problems are:

Before we get down to business, we should also discuss the difference between an IDE and a code editor.

In two words, IDE is a set of tools that all work together: text editor, compiler, build or make integration, debugging, etc. Typically, IDE is tied down to one coding language/framework.

On the other hand, we have code editors, tools, that are implied to do just that – edit codes. The main advantage of code editors is the fact, that they, unlike typical IDEs, can be used to work with any coding language or framework of your liking.

The main idea of the trading high functionality of IDE for code editor is the fact, that you will not have to get used to a new language or a set of tools if you switch from one IDE to another, which is quite inevitable. And, vice versa, you sacrifice the simple workflow you get accustomed to using the code editor for the vast function and productivity you gain using an IDE. Any IDE has all the features of a code editor, but a code editor won’t provide you with the full toolset of an IDE.

IntelliJ IDEA, unlike all the previously mentioned IDEs, is not free, which is a con. But on the other hand, you get a rich toolset for software development. Packed to the brim with integrated tools that help your software development process to be more efficient, productive, and precise. It should also be mentioned that IntelliJ IDEA streamlines both client and server side scripting, which is quite useful. So this is one of the best Visual Studio alternatives on the market.

Eclipse is an IDE aimed at Java development. One of its main benefits is compatibility with many languages: C, ABAP, Haskell, C#, C++, Ada, Lasso, JavaScript, Python, and many many more. It is free; compatible with Mac, Linux, and Windows devices; includes full-featured and powerful Java IDE. The system is extensible and a central workspace allows for high adaptability. And though it is most fitting for Java applications, it can be implied to make different language solutions.

Apple devices-oriented IDE, that is, surprisingly for such things, free of charge. The interface is quite assistive, helpful, and intuitive, which is nice at the beginning of usage. During your coding process, Xcode IDE automatically provides you with suitable resources for your particular coding process, while it does not interrupt the actual development. The navigation is smooth due to The Assistant Editor and The Jump Bar. Different preinstalled and customizable working schemes at your disposal and application testing no matter the device targeted.

IDE, which is free and Java-based, NetBeans runs on a modular architecture. The best things about this IDE are the vast toolset, a powerful code editor and the usage easeness. It only supports desktop usage.

Let’s be straight: OutSystems is pricey software, but it’s worth it. It provides you with stable functionalities and mobile support. OutSystems will help you to build, develop and tailor apps to run on any device and apply to any business needs.

Back to the free stuff (we know you like it). Code::Blocks is an open-source IDE with free IDE solutions turned up to the max. The toolset is also quite extensible. But the thing to write home about is Code::Blocks debug framework, which includes custom memory dumps, code, and info breakpoints, disassembly lists, and many other useful features.

Smart, multilanguage, easy navigation, and project startup are the words to describe CLion. This IDE provides instant analysis and detects possible errors in the process. It also has the Run & Debug tool to leave zero to no chances of making mistakes. A personalized editor lets you customize the interface to your tastes. IntelliJ Platform extensions can help you tailor your workplace and provide you with additional support, integrations, and frameworks.

This IDE runs on a cloud-based platform, which means that it is not only compatible with many programming languages, it also allows online collaboration for code-building, encouraging you to have your development environment flexible and efficient. Besides all the above-mentioned facts, its web-based nature defines the existence of such built-in features as a code editor, debugger, and possibility of adding input commands and supporting software, that is real time savers.

Rider may be new.NET IDE and it may be based on the IntelliJ platform, but it has already found quite many fans due to its good searching and navigation facilities making it easier to understand unfamiliar code, ability to run on multiple platforms including Windows 10, Linux distros and macOS and the inclusion of all the coolest ReSharper features. Its performance on low-end machines may be slower and sometimes it feels like C# support could be a bit better, but none the less this one deserves at least a try.

If your goal is to build a state-of-the-art app on a tight budget – Oracle JDeveloper is the IDE for you, as it provides you with a seamless and simple Java-based app-building process completely free of charge. Furthermore, it is applicable for the app’s full lifecycle management, from building to testing and deployment. You can compare current and previous iterations of your apps in the built-in version manager, which also proves helpful from time to time.

BlueJ is a Java development environment that is interactive and user-friendly. BlueJ is not the best option for big-scale development and it can be good for those who have just begun their programming way. But don’t rush to write it off. One can also use BlueJ for interactive creation and invocation of objects.

We are ending this list on another open-source IDE. Arduino allows you to both write and upload code to a working environment here and now. Its main benefit, though, is its ability to function as an on-premise application and as an online editor, direct sketching, board module options, and integrated libraries. You can also expect system features such as board module options, direct sketching, project documentation, external hardware support, and sketch sharing.

This one is what you’d call a game-changer. An open, lightweight, and, most importantly, exceptionally responsive code editor that is ready to edit as soon as you open it. Another point worth making about this editor is the excessive and ever-growing number of available plugins that allow you to customize your Git plugins, color pickers, and the overall outlook of the program. Sublime Text 3 is free of charge if you are ready to deal with quite nagging pop-ups reminding you to buy it. And, on one hand, the full price of the license is only 80$, but on the other, you can find some competitive products that are completely free.

Codespaces is a cloud-based code editor, which means extended collaboration possibilities and the possibility of working from anywhere. Codespaces also functions offline, which is a nice touch for a browser-based code editor. It has Git repos support, a built-in editable command-line interface to edit, run and debug your apps from any device, and that’s not mentioning some extensions.

For additional synergy, Codespaces launches straight from GitHub. And let’s put the final nail in the coffin and rest this case: even though Microsoft plans to introduce pay-as-you-go prices for Codespaces, for now, it is very much free.

Let’s move on from a Microsoft-developed code editor to one, that was developed by GitHub, which is owned by our friendly-neighbourhood multinational tech corporation – Atom. Heavily influenced by funky new styling of Sublime Text in its infancy, Atom is quick and reliable. But there are a couple of important differences between the two: Atom code editor, unlike Sublime Text, is free. It is integrated with Git and GitHub.

But as every rose has its thorns, Atom has a history of performance and stability issues that has, thankfully, had a significant diminish over the process of its maturing. It does launch at an insignificantly slower pace than other code editors, but what is a couple of seconds in the grander scheme if they provide reliability and usage quickness.

With our next entree, we break free from Microsoft’s products only to stumble into another corporation’s creation. Nothing to complain about here – corporations know a thing or two (or a couple of dozens) about making usable products. This time, it’s Brackets from Adobe. An open-source and quite well-rounded code editor that unfortunately is not divided of shortcomings: Brackets supports fewer languages for syntax highlighting than its competitors.

But what it does support is CSS preprocessors like Less and Sass, because of its primary focus on front-end technologies. In addition to preprocessors, there is a feature you can find useful when editing CSS: you can hotkey small sections of an HTML page to pop out to then edit the CSS rules that are affecting the selected elements. So, less time to waste on searching around the code to fix styling problems.

Brackets has several unique features to investigate that are mostly configurable via the menus, unlike most of the other editors. Despite all these downsides, Brackets is one of the best Visual Studio alternatives for now. Regarding its notable downsides, of this code editor: speed and reliability. But on the other hand,

Strictly speaking, Vim is a command-line software, that is natively included in Linux OS and macOS, with the availability to be downloaded and used on Windows. Vim is navigated entirely by keyboard, which can improve the speed and efficiency of its usage, but only if you are ready to learn how to operate. Customizable to a much higher degree than its competitors, Vim allows you to create customized commands.

But bear in mind that due to the lack of any UI, the learning curve is very steep. Although, if you are persistent enough, you can get an incredibly stable and fast code editor, that would, no doubt, boost your productivity and grant you magic powers.

Is There Anything Better Than Visual Studio?

You know, it is a controversial issue. From our side, we recommend you to pay close attention to such IDEs and code editors as Atom, IntelliJ IDEA, CLion, and Brackets. However, this list is highly subjective and has missed a couple of noteworthy IDEs. Read our new article about what an IDE is and how to pick the best online IDE for your needs. Stay thirsty for knowledge, keep experimenting and find your best! 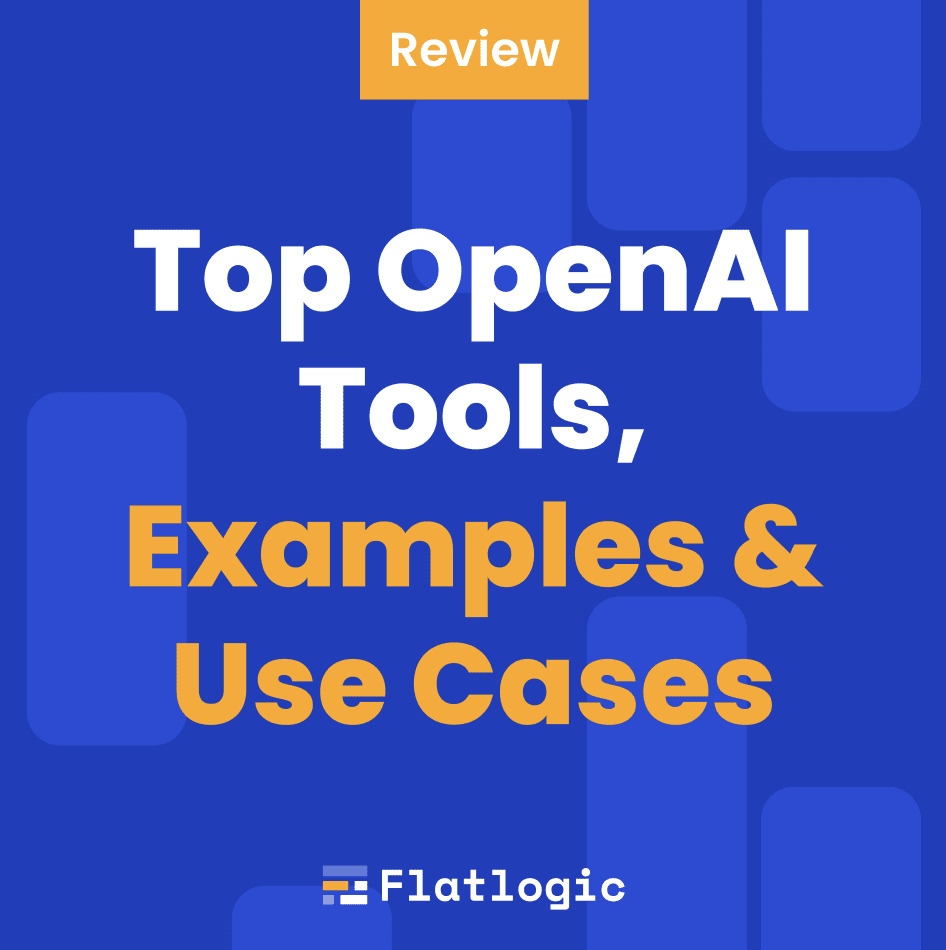 OpenAI provides a variety of services, tools, and use cases to assist compa...

In this article we review Quick Admin Panel alternative while creating Lara...