What is a Low-Code Developer, and How Do They Compare to Full-Stack Developers?

You may have heard the term “low-code developer” before, but what does it mean?

A low-code developer is someone who specializes in developing applications using a visual, drag-and-drop interface. This type of development is often called “low-code” because it requires very little coding knowledge.

In contrast, a full-stack developer is someone who can work on all aspects of a web application, from the back end to the front end. If you’re looking to hire a developer, it’s important to understand the differences between these two roles.

In this article, we’ll take a closer look at what low-code development is and how it compares to traditional coding methods. We’ll also discuss the benefits of using a low-code platform and some of the drawbacks to consider before making a decision.

What Is a Low-Code Developer?

A low-code developer is a professional who specializes in creating and managing software applications with little to no coding required. The experts from King Essays emphasize that low-code developers are distinct from full-stack developers, who can code in multiple languages and also have a deep understanding of all aspects of software development.

Low-code developers typically use specialized tools to build applications without needing to write any code. This makes them more efficient and able to build software faster than full-stack developers. Low-code platforms also allow non-technical employees to create applications without any coding knowledge, making it an ideal solution for businesses of all sizes.

The Benefits of Low-Code Development

There are many benefits to using a low-code platform, the most obvious of which is the speed to market. Low-code platforms allow you to create applications without needing to write any code. This means you can get your applications up and running in a fraction of the time.

Low-code development is also a great way to prototype new applications. By using a low-code platform, you can quickly test out new ideas and see if they’re worth pursuing further. And if they are, you can always go back and rewrite them in a more traditional coding language like Java or .NET.

But perhaps the biggest benefit of all is that low-code development makes it easy for anyone to develop applications. With no coding required, just about anyone can build an application with little or no training. This opens up development to a whole new audience and makes it possible for businesses of all sizes to create custom applications that meet their specific needs.

How to Choose a Low-Code Platform

There are several factors to consider when choosing a low-code platform. One of the most important is the specific needs of your organization. So, you should answer the following questions:

Another key consideration is the skills of your team.

Once you have a clear understanding of your requirements, you can start evaluating different low-code platforms. Some of the leading options include Mendix, OutSystems, and Appian. Be sure to read online reviews and compare features before making your final decision.

In recent years, there has been an explosion in the popularity of low-code platforms. These platforms provide a visual drag-and-drop interface that makes it easy to build complex applications without writing any code. As a result, they have become a popular choice for businesses that want to quickly develop custom applications without the need for expensive and time-consuming custom coding.

Some of the most popular low-code platforms include Mendix, OutSystems, and Appian. In this case, tech writers from Assignment Pay say that these platforms offer a variety of features and capabilities that make them well-suited for a wide range of business needs. For example, Mendix provides a robust set of tools for building complex business applications, while OutSystems is highly geared towards rapid application development. Appian, on the other hand, focuses on providing an easy-to-use interface that makes it simple to develop custom applications. Regardless of your specific needs, there is likely a low-code platform that can meet them.

Mendix is a leading low-code platform that enables enterprises to quickly develop and deploy custom applications. Mendix is unique in that it uses model-driven development, which allows businesses to leverage existing data models and business processes. This makes Mendix ideal for enterprises that need to quickly develop custom applications without sacrificing quality or flexibility.

In addition, Mendix provides out-of-the-box connectors to popular enterprise systems, making it easy to integrate with existing infrastructure. As a result, Mendix is the perfect platform for enterprises that need to quickly develop custom applications.

OutSystems is a low-code application development platform that enables organizations to rapidly deliver high-quality enterprise applications. It is an IDE that uses model-driven development to automate the creation of business logic and UI.

OutSystems also includes several built-in connectors for popular enterprise applications, databases, and cloud services. As a result, it is an ideal platform for developing mission-critical applications. Thanks to its low-code approach, OutSystems can significantly reduce the time, cost, and risk associated with traditional application development.

Appian is a low-code development platform that allows businesses to quickly create custom applications. The platform offers a wide range of features and tools that make it easy to develop and deploy applications without the need for extensive coding knowledge.

Additionally, Appian provides several built-in Templates and connectors that make it simple to integrate with existing systems. As a result, Appian is an ideal choice for businesses that need to quickly develop custom applications with minimal coding.

What Is the Difference Between Low-Code and Full-Stack Developers?

So let’s talk salaries. A Low-code developer’s salary typically ranges from $83,532-$109,619 per year. This is because they often come to the table with legacy systems analysis skills and business knowledge. In terms of software engineering experience, they usually don’t need as much as a full-stack developer.

On the other hand, full-stack developers can command a higher salary due to their more advanced skill set and a broader range of experience. They need to be experts in customer-facing and server-side components of applications—and they can command salaries ranging from $103,532-$110,619 per year.

As you can see, there’s a significant gap between what low-code developers make and what full-stack developers make—but both have their place in the software development market. It all depends on what type of skill set you’re looking for in your next hire!

When assessing a candidate’s coding knowledge and skills, you should consider their level of experience with different programming languages, as well as their understanding of development tools and frameworks. A lower coder will be able to work with a smaller set of libraries and tools, while a full-stack developer will be able to work across multiple components.

It is also important to consider how comfortable they are with debugging code and troubleshooting technical issues. Ultimately, this will help you determine their overall strengths and weaknesses as an engineer or programmers.

How Can a Full-Stack Developer Leverage Low-Code Platforms?

Full-stack developers have an edge over low-code developers in that they are capable of taking full advantage of a low-code platform. By leveraging the graphical user interface provided by the platform, the full-stack developer can customize the user experience and build applications faster than they could with traditional coding.

What Are the Key Considerations When Choosing Between Full-Stack and Low-Code Developers?

Once you understand the difference between a full-stack and a low-code developer, you’ll need to decide which type of developer is best for your project. To help you decide, it’s important to consider both their skills and your application needs.

For complex projects, it’s almost always better to hire a full-stack developer with a deep understanding of coding languages and the entire development lifecycle.

On the other hand, if you need to rapidly prototype an app or software solution, then a low-code developer will likely be more cost-effective. Low-code developers need less training and can quickly get up to speed with different toolsets used in the project. Plus, they often come with prebuilt components that can speed up development time significantly.

Finally, consider your budget: if you have limited resources then opting for a low-code environment may be more cost-effective. Low-code developers may charge less per hour than their full-stack counterparts do.

As a business looking to build an application, you probably want to know how much time and money you will need to invest in development. Traditional development takes anywhere from two to eight months, while low-code/no-code platforms can create a working app in just days or weeks.

This does not mean that the low-code option is cheaper overall. Low-code developers will finish projects faster and can often add functionality without having to write custom code from scratch. This makes them an efficient and cost-effective solution when time is of the essence. 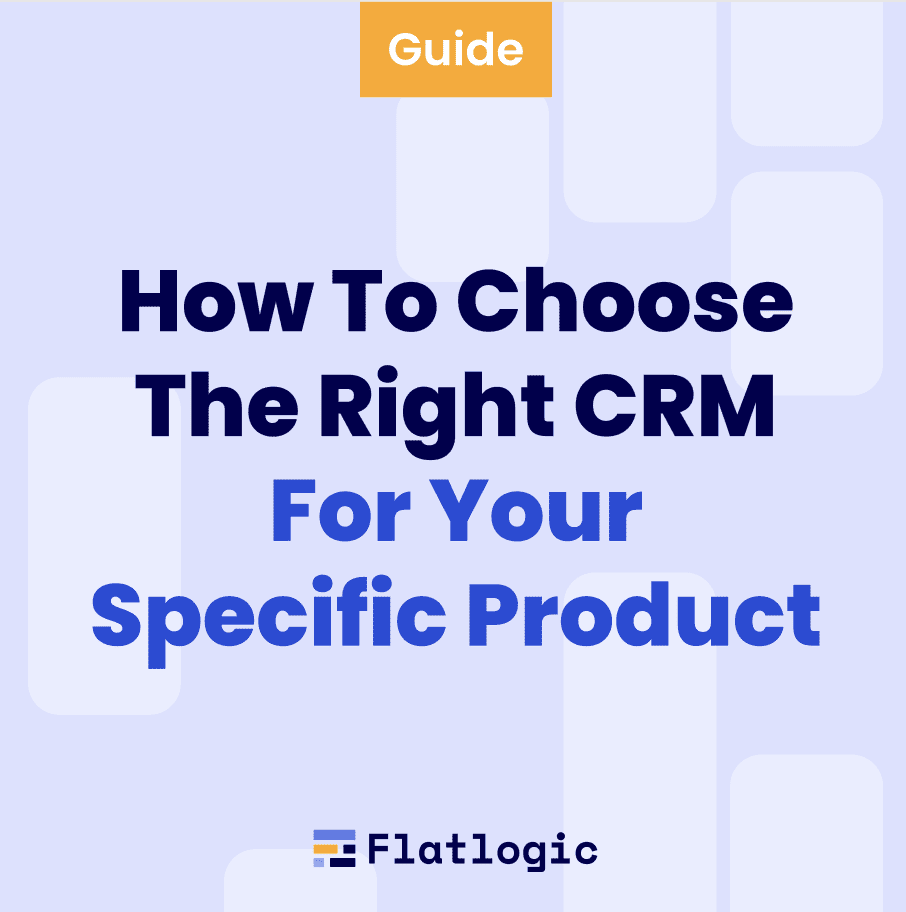 How To Choose The Right CRM For Your Specific Product

With the right CRM, it is possible to improve brand experiences, get insigh...

ERP vs. CRM: Interesting facts I bet you never knew about

ERP and custom CRM software are widely used, capable of operating on variou...